It's been a long time coming, but I finally bought myself a Raspberry Pi this week & have been busy messing around with Raspbmc for the majority of the weekend … some initial thoughts on my experiences so far:

The Pi really struggled during library generation, but other than my wanting to test what it can do I have no need for it to do any major work in library management as I have already set up a MySQL database running on a NAS for the library, this means the beefier computers in the house can do the heavy lifting.  It also seems the Pi is unable to handle the import an existing library, completely locking up on each attempt to import my existing library before I hooked it up to the MySQL database. 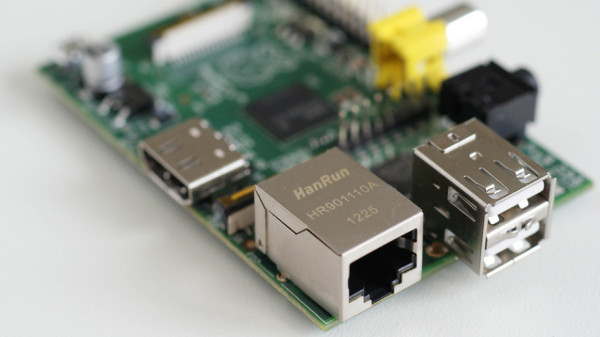 I figured I'd need a fast SD card to get the most out of the Pi, so I ordered an 8GB pre-loaded card from the raspbmc folks as a way of showing some support for the project, however XMBC ran like a dog.  I initially thought it might be a power issue as I was powering the Pi off of the USB port on my TV, but regardless of where I powered the Pi the issues persisted, for a while I thought maybe this is just as good as it got for Raspbmc and other people are just more forgiving than I.

Using CrystalDiskMark I tested the card: the results didn't look great, but I had no context yet. 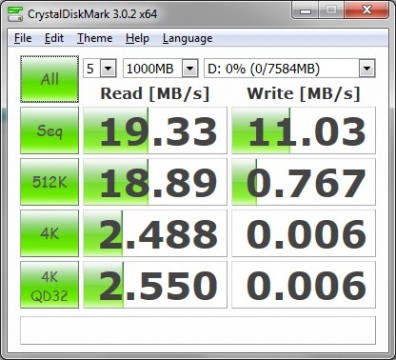 I dug out an old 2GB SD card I had kicking around and it performed significantly better in the tests.  Thankfully Raspbmc ran a lot better on this, the difference was particularly significant when rendering multiple thumbnails on screen.  One explanation for this may be the difference between SLC and MLC.  Testing over, it was time for a clean install and to hook it up to my networked library on the NAS.

This entry was posted by Dave on February 3, 2013 at 2:06 am, and is filed under Tech Stuff. Follow any responses to this post through RSS 2.0.Both comments and pings are currently closed.