At the start of the Summer my main hope for LFC was a proper clearout, in the three seasons since a rare serious title bid we’ve struggled to sign players who improved the starting XI, leaving us with a squad of decent Premier League players, without any exception talent.  Which might go some way to explaining league finishes of 6,7,8 in the last three years. 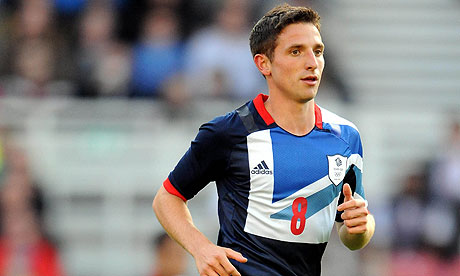 Of all the players we’ve signed since 08/09 only Glen Johnson and Luis Suarez have come in and proven themselves to be better than average.  With many of those players still on the books in July, I wasn’t concerned so much with who we signed, but who we were able to shift:

When you look at who we managed to offload this Summer: Kuyt (I loved the effort, but out on the right he symbolized everything we lacked as a club), Maxi (always had a soft spot for him, but has never been anything more than a squad player despite the complete absense of any decent right midfielder), Aquilani (the less said the better), Adam (massive disappointment, clearly a player more suited to being the big cheese at a smaller club) that’s got to be a healthy chunk of cash saved in wages for players who are simply no better than average.

Everyone is complaining about Carroll leaving without a replacement, but I’m glad we didn’t sign Dempsey. I’d rather see Morgan & Sterling in contention for the front three on a regular basis.  When you consider options for the front 3 we have: Borini, Suarez, Sterling, Assaidi, Downing & Morgan.  Do we really need another forward? Unless it’s a 25-30 goal a season striker (which Dempsey is not) I don’t think so personally.

Looking back to midfield we have 3 from 6 again: Allen, Lucas, Gerrard, Sahin, Shelvey, Henderson — I’m not even counting Cole, I doubt he’ll ever play regular football again at any club tbh.

Defense isn’t too bad either: Enrique, Johnson, Kelly, Robinson, Flanagan is plenty of options for full back, with Skrtel, Agger, Coates & Carragher we have 4 recognised CBs and I still want to see Kelly given a chance there.

Liverpool have spent the last 4 years buying lots of average players, I honestly don’t want to see us buy anyone unless we are buying someone who improves what I think is currently our best starting XI if eveyrone is fit/on form — Reina, Enrique, Skrtel, Agger, Johnson, Allen, Lucas, Gerrard, Sterling, Suarez, Borini.

This season we’ve spent £20m improving the starting XI.  The last time we did anything comparable was 07/08 with the Arrival of Mascerano, Skrtel & Torres.  The following season we had our best league campaign since I started following Liverpool (circa 1992) — I’m not expecting to reach those heights next year, but I do think it’s realistic to hope that with another good Summer of transfers in 2013 we can once again fight for a place in the top 4, and maybe look towards a serious title bid in 3-4 years time — realistically for that to happen we can not afford even one mistake in the transfer market though (really not pinning my hopes on FFP having any significant impact on spending at Man City or Chelsea).

This entry was posted by Dave on September 8, 2012 at 7:53 pm, and is filed under Football. Follow any responses to this post through RSS 2.0.Both comments and pings are currently closed.