On Monday morning Irene was category 3, by Wednesday morning Irene was category 2.  The day Irene hit it was a category 1, later to be downgraded to a mere tropical storm, guess the media has to fill the 24 hour news-cycle somehow.  None of this means anything to me truth be told, but I thought the whole thing sounded kind of exciting.  In Raleigh we just had a little rain and a nice breeze in the air; it’s still nicer than the average day in England because at least it’s still warm!

Saturday was also Pig Pickin’ day in the office; a reward/bribe to those of us giving up our weekend to continue working.  An eventful day ended in the Berkeley Cafe as we were invited to watch Jerry Cuomo’s band; Mind the Gap. 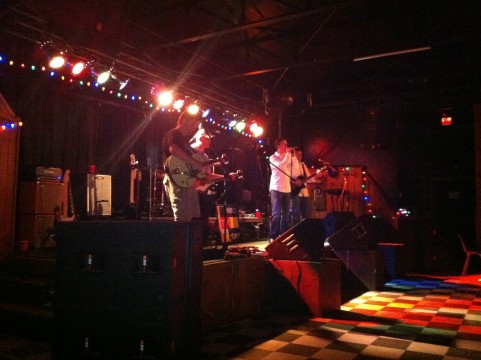 This entry was posted by Dave on August 27, 2011 at 7:59 pm, and is filed under Life. Follow any responses to this post through RSS 2.0.Both comments and pings are currently closed.